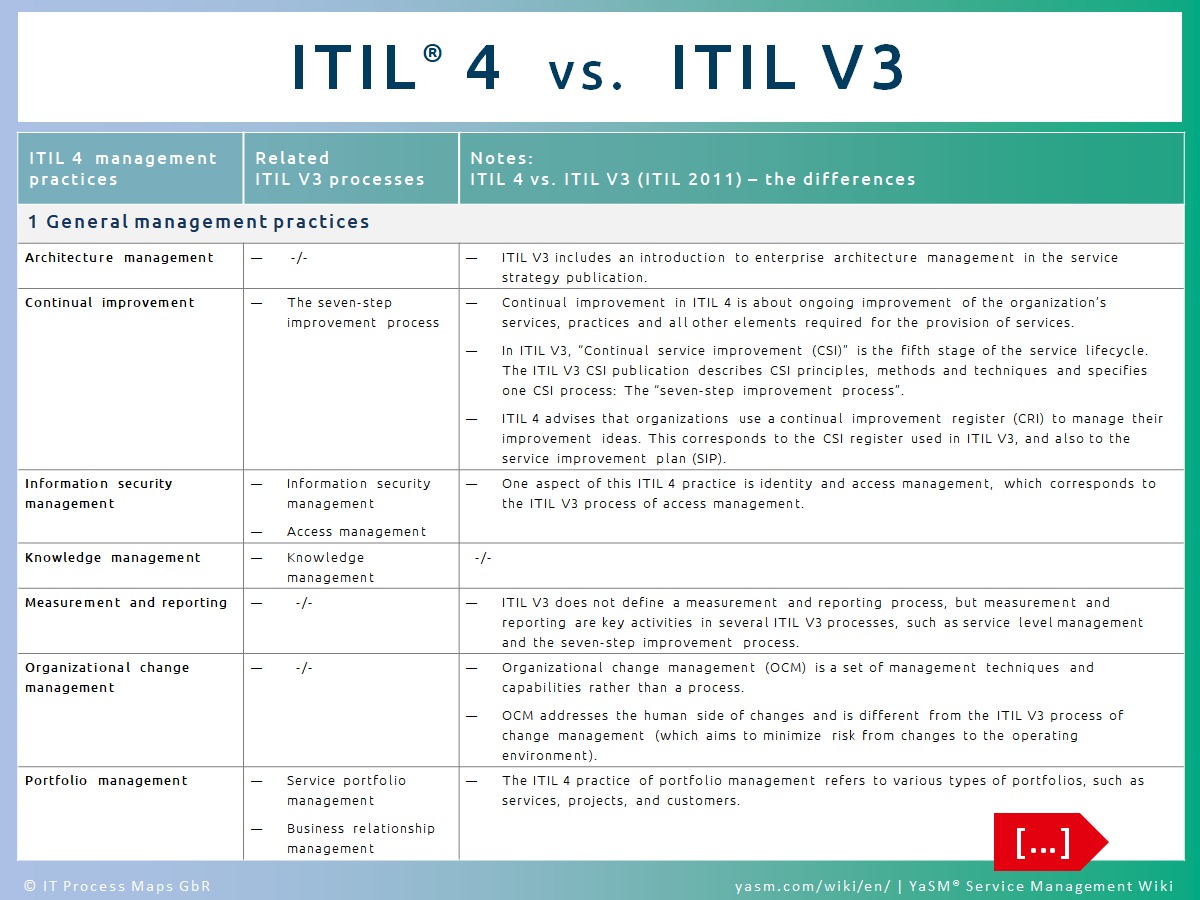 Organizations that need to plan their transition to the latest edition of ITIL® [1] will require a detailed mapping between ITIL V3 and ITIL 4: This page describes in detail where ITIL V4 has added new guidance, and how the contents in ITIL 4 can be traced back to specific elements of ITIL V3.

ITIL 4 - the most current edition of ITIL® [1] - was officially released in February 2019. As AXELOS state, "ITIL V4 expands on previous versions by providing a practical and flexible basis to support organizations on their journey to the new world of digital transformation".

ITIL V4 is thus an evolution of the familiar ITIL framework rather than a revolution, and still uses many fundamental elements from the previous version ITIL V3, as first published in 2007 and updated in 2011 ("ITIL 2011"). In particular, many of the new ITIL V4 practices correspond to processes known from ITIL V3.

Differences between ITIL V3 and V4

The idea behind organizing the ITIL processes in this way was to establish a Deming-like plan-do-check-act cycle focused on continual improvement.

ITIL V4 has dropped most references to the service lifecycle, but continual improvement has remained a key concept. For example, continual improvement is an element of the ITIL 4 service value system, and the ITIL 4 service value chain with its six activities (plan, improve, engage, design and transition, obtain/build, deliver and support) is very reminiscent of the ITIL V3 service lifecycle.

Where in ITIL 4 are the ITIL V3 processes? 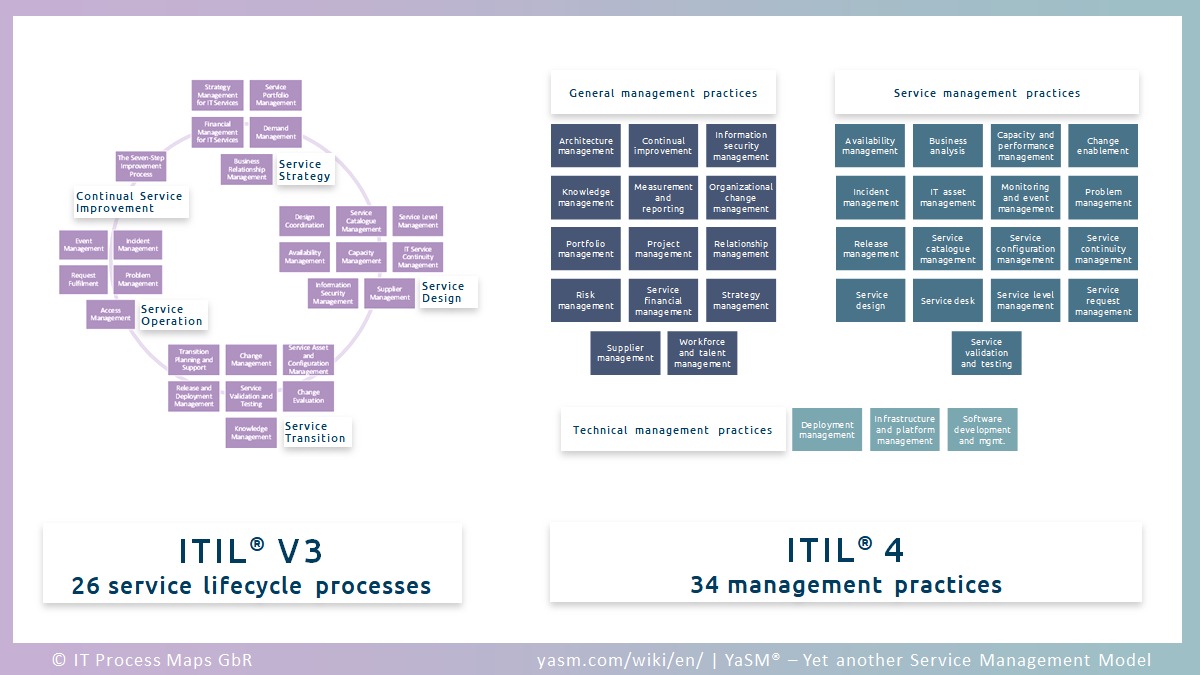 ITIL V3 defines 26 processes across the service lifecycle. In ITIL 4, these 26 processes have been replaced by 34 "practices" (see fig. 2).

Some of them are new, but many of the ITIL 4 practices were formerly known as ITIL V3 processes.

So the ITIL V3 processes are still alive, and what is more, the authors of ITIL 4 state that ITIL V3 is still valid guidance that can be used for defining service management processes.

But it is also worth noting that ITIL 4 is not prescriptive about processes, and gives service providers more freedom to design tailor-made processes that work for the organization.

This presents an opportunity for a fresh start with ITIL 4 processes, in line with the advice in ITIL 4 to "keep things simple and practical":

The tables below provide a detailed account of how the ITIL 4 practices map to the service lifecycle processes known from ITIL V3: 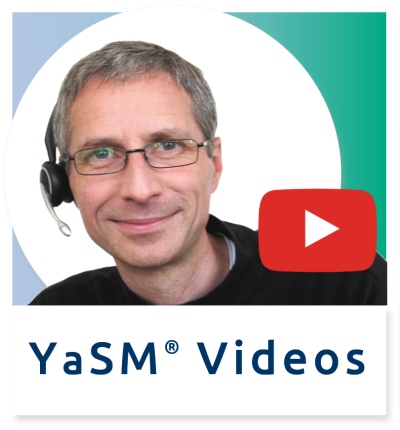 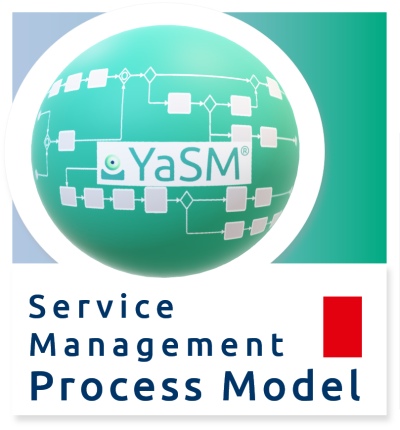